adidas recently launched their latest rugby-specific boot, the FF80, with all the talk focusing on the strategically positioned 5th stud at the front of the boot, designed to target the exact area where flankers exert the most pressure when scrummaging and driving.

But while the soft-ground version is sure to enjoy success as a result of this innovation we noticed today, while we were watching Super XV side the Crusaders at training, that the Firm Ground version lacks that key element, boasting a sole which for all intents and purposes is exactly the same as that of the R15 II. 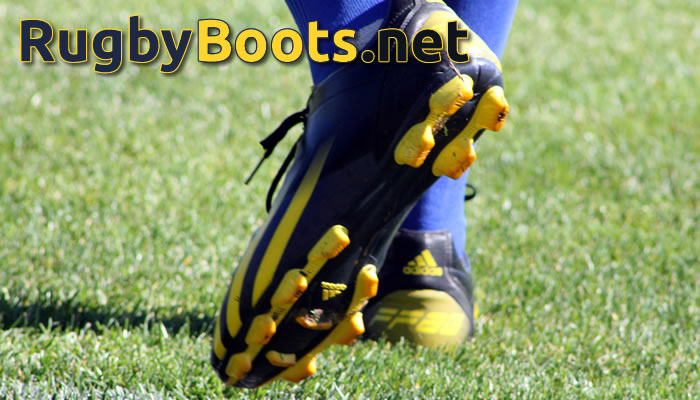 The FF80 was developed specifically to fit the needs of loose-forwards, essentially replacing the R15 II, with the likes of All Black number 8 Kieran Read immediately switching to the new boot.

But it was certainly interesting to see a number of the Crusaders sporting the Firm Ground version which, at least on first glance, appears to feature none of the innovations which adidas are using to promote their new boots. Whether the Firm Ground version will ever be offered for retail, or indeed be worn by any of the players in a genuine game, remains to be seen.