It’s been interesting to note just how many of the teams at this year’s Wellington Sevens have stuck with the older version of adidas’ ‘speed boots’ rather than upgrading to the latest RS7 IIIs. 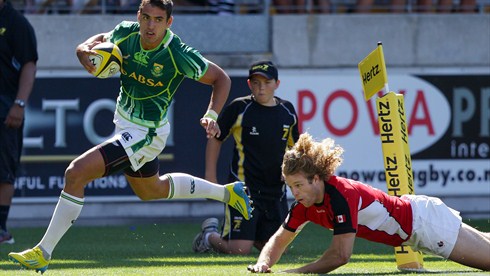 The distinctive lime and blue RS7 IIs have been the most widely worn boot this weekend, with players from New Zealand, Fiji, England and Australia all donning them.

The lightest boots adidas had ever manufactured, the RS7 II  was popularized by international stars like George North, Israel Dagg and Ma’a Nonu.

Fitting the foot like a second skin the synthetic print inside the boot helps it mould to the shape of the wearer’s foot, while the sprint-skin upper makes the boot robust and durable, despite its light weight.

Another synthetic print on the outside of the boot helps kickers achieve the optimum connection with the ball, and a mix of moulded and removable studs makes the RS7 a versatile, multi-purpose boot.