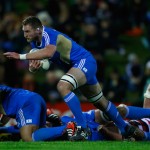 Kieran Read has proclaimed himself fit and raring to go as the All Blacks prepare for the inaugural Rugby Championship, news which All Blacks coach Steve Hansen will find particularly heartening. The rangy loose-forward is widely regarded as one of the very best Number 8s in the international game, and his consistency, physicality, and durability […] 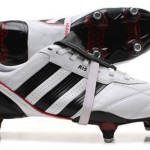 For the last year I’ve been wearing the adidas R15 SG, a boot which internationals including Richie McCaw, Brian O’Driscoll and Jerome Kaino had a big influence in designing. When I first got them out of the box they looked great – predominately white, with black and red highlights and with the famous three stripes […] 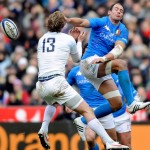 Sergio Parisse the Italian and Stade Francais No 8 who was man of the match in Rome against England has changed his boots maker from Nike to Adidas. The Italian captain had been in the Nike Tiempo Legend Rugby Boots for a several seasons however he changed for the opening game of the Six Nations […] 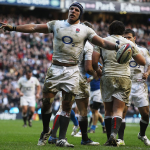 Flanker James Haskell, an adidas R15 boot wearer, has made a real impact for England in their first two six nations games of 2011, especially in the Italy game. As well as very nearly claiming a man of the match award, he most certainly scored a power-play try. With four Italian players in front of […] 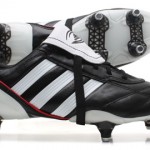 adidas R15 has been launched in the UK, this is the boot that was mentioned by Ali Williams as the one he wears for playing, see “An interview with Ali Williams“. The new R15 Rugby Boots supersede the 915, also known as the Nine 15. Adidas R15 Soft Ground Rugby Boots (typically £85) Taurus leather […]