We put the new Predator Incurzas through a kicking test this week with the help of Pat Moore, a former member of the Sale Sharks academy now playing in the local Canterbury Metro Club Competition.

adidas developed the Incurzas with input from players like Dan Carter, and have produced two new features to aid with kicking, both from the hand in general play with the ‘Precision Zone’, and off a tee, with the Sweet Spot. 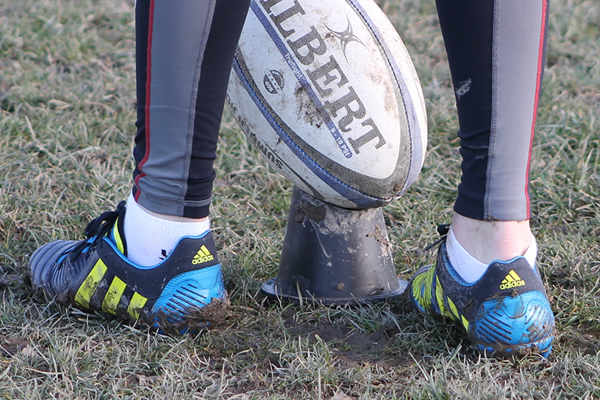 Pat found that the Sweet Spot, located just above the first joint of the big toe, along the instep, helped him generate and focus more energy with less effort through his strike. Having a style with a shallow follow through this helped improve his range, and control.

Kicking out of hand was also improved with the new Precision Zone, and the assemtrical lace design that adidas has developed to increase the surface area of the kick contact point on the Predators. Like with the place kicks, Pat felt he was able to produce more forceful kicks using less energy.

He also commented about the comfort of the boots, saying they were the lightest he’d worn and didn’t have the feeling of pressure from the studs pressing up throught the sole of the boots. The heel wedge which adidas designed to improve foot placement when kicking, and reduce lower-limb stress had an obvious, positive effect on the feel and effectiveness of the boots.

Pat’s going play in the Predators over the next few weeks and provide us with some ongoing feedback, so stay tuned to hear how they go.