Tendai Mtawarira toiled valiantly on Saturday night, but was unable to help the Springboks convert their opportunities in to victory over the World Champions as the Africans slumped to their second successive loss in the Rugby Championship.

Affectionately dubbed ‘The Beast’ by rugby fans around the world, Mtawarira donned Puma’s PowerCats for the clash under Dunedin’s Forsyth Barr Stadium’s roof. The PowerCat is a robust boot, designed to enhance stability and increase a players ability to drive and maul. 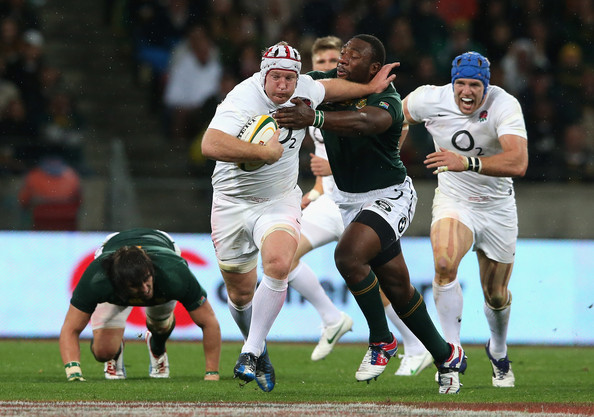 A mixture of leather and synthetic on the outer of the boot protects the foot from the rigours of forward-play, while the DuoFlex core on the sole is the secret weapon that allows it to live it to its name as an incredibly powerful boot.

While the 3D-duo PST pass-pad was developed with kickers in mind it adds further padding and protection to the foot, which may be the reason Mtawarira opted for the PowerCat. Off-centre lacing provides a large service area, should the wearer be required to kick the ball, while the 8-stud configuration is perfect for soft grounds, and provides the traction needed by tight-forwards.

After a successful season with the Sharks which saw the Durban based side reach the Super XV Final, Mtawarira has been an integral part of the South African side throughout the first half of the Championship. Having made his debut against Wales in 2008, the Zimbabwean prop-forward is renowned for his incredible strength, and is a formidable form at any level of the game.