Under Armour have launched a new special edition ClutchFit release for one of their contracted players, Wales’ Leigh Halfpenny.

With Wales’ kits supplied by American brand Under Armour, the nation’s star back Leigh Halfpenny has had a special ClutchFit Force designed for him to wear at the upcoming World Cup in September and October. Inspired by the Wales’ home kit, the boot is ‘oxblood’ red in design and uses additional golden trim applications on the branding and sole. 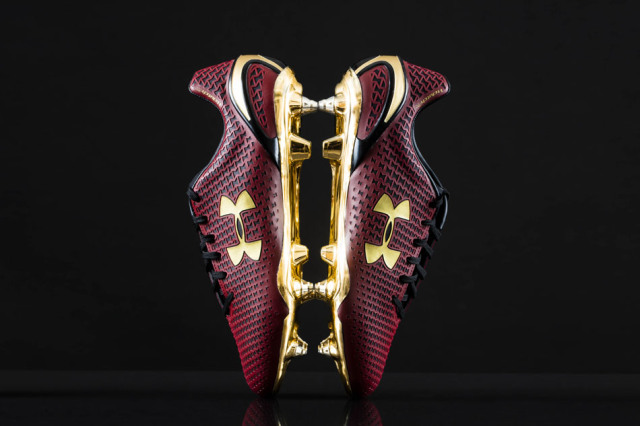 The studs of the boot are completely customised for the Welsh halfback as they have been hand-crafted by iconic jewellery brand Clogau containing 9ct rare welsh gold encrusted inside.

The ClutchFit Force was Under Armours first ever soccer/rugby boot range launched in 2014 and is headlined by the likes of Jermaine Jones in the MLS. 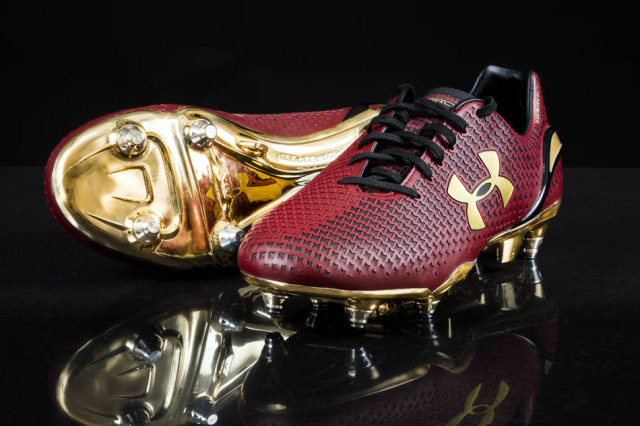