Zac Guildford was back in to the swing of things at Crusaders training when we dropped by this morning, and from the light-hearted atmosphere at Rugby Park, Christchurch it looks as though all has been forgiven following his most recent run-in with alcohol.

Guildford was wearing a pair of white, black and yellow adidas F50s, a boot he’s always favoured but one which is seen less frequently now, with adidas’ rugby-specific speed boot, the RS7 III, being favoured by most of New Zealand’s première outside backs. 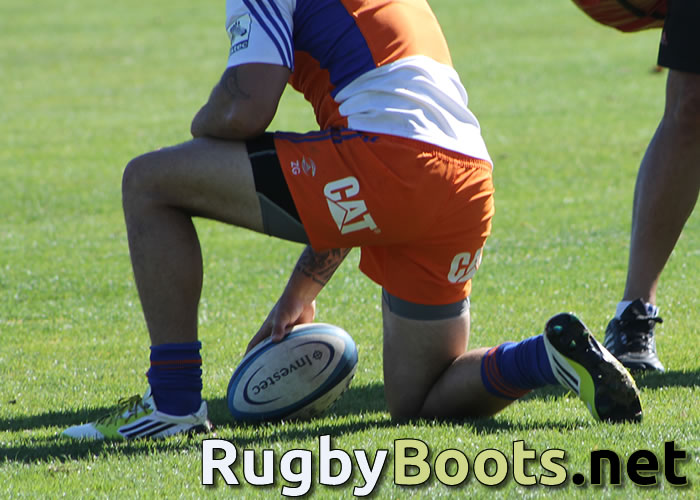 Guildford will add some much needed X-factor to a Crusaders squad which had failed to show any flair whatsoever prior to their comprehensive victory over the Bulls in Christchurch last weekend, and it was no surprise to see coach Todd Blackadder rush the All Black winger back into his squad ahead of their match against the Southern Kings this weekend.