adidas Rugby have officially unveiled the boots that will carry the All Blacks for the 2015 international season.

With the New Zealand All Blacks contracted with adidas, all of the squad will adorn the black-out rugby boots at the World Cup.

Senior Director at adidas Rugby, Simon Cartwright said, “We believe, as an evolution of ‘the blackest ever’ All Blacks jersey launched in November, Blackout boots make a strong and powerful statement, just like the All Blacks do every time they hit the field.”

Cartwright added, “Producing ‘the blackest ever’ kit was born from the insight that facing the colour black is an intimidating experience, which we believe ultimately gives the All Blacks a competitive edge. We’re excited to see the team kitted out head-to-toe in black; they’ll literally personify the ‘Force of Black’.” 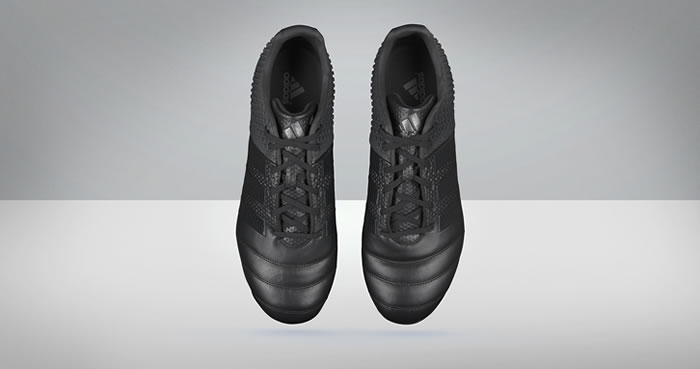 All Black captain Richie McCaw said, “After being part of the development process, you have more confidence knowing what you wear is going to help you perform on field.”

The All Blacks will officially debut these new blackout ranges when they take on Australia in the Bledisloe Cup on the 15th of August.