It can’t have been the debut for their new rugby boots that adidas were hoping for, having convinced star player Sonny Bill Williams to wear the latest edition of their speed boot for the Rugby League World Cup over the Mizuno’s he had been sporting all NRL season long, he slipped wearing them on the big stage. 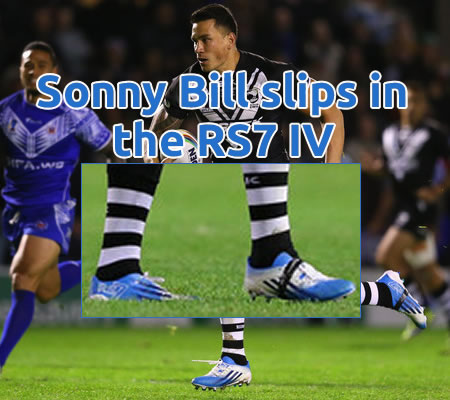 He was set to score a fine individual try, but slipped before he could get the ball down and put a foot out of the back dead ball line.

After the game, SBW tweeted: “Embarrassed to not score, but nothing wrong with a lil humble pie”

This is our first good look at the RS7 IV in action, what do you think of them?