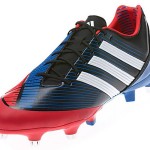 adidas have officially released the next-generation Predator Incurza boot will overtake the original Predator Incurza which was headlined by Crusaders and All Black’s Daniel Carter and England’s Jonny Wilkinson. Like the first generation it is designed for maximum power and control when kicking an it is built purely for the fly halves and backs. The […] 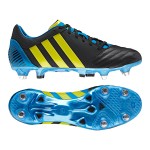 Adidas’ Predator Incurza was one of the boots which made the biggest splash in 2012, being worn by some of the game’s biggest stars, including Australian halfback Will Genia and All Black first-five Dan Carter, who had significant input in to the development of the boot. In conjunction with the release of these top-line boots […] 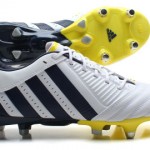 The Incurza, the latest in adidas’ iconic series of Predator boots, made a huge impression this year, with both the black, blue and lime version and the silver, black and red colourway being worn by a plethora of the world’s leading players, and the 2013 version is sure to be just as popular. White, Navy […] 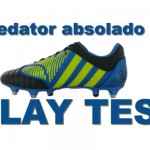 The Absoldao is adidas’ more cost-effective version of the Predator Incurza, and we recently took them for a test run, to see how they compare to the more expensive model. The boots were comfortable from the moment we put them on, and we experienced very little of the discomfort which one normally associates with a […] 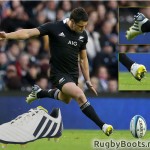 All Black halves in all-white Incurzas

The All Black halves combination of Piri Weepu and Dan Carter sported the new version of adidas’ Predator Incurza when the World Champions met Scotland at Murrayfield on the weekend. Following the black/blue/lime and silver/black/red versions, the new colourway is predominantly white, with black features and subtle yellow highlights. Designed with input from Carter himself, […]

We recently asked Pat Moore, formerly of the Sale Sharks Academy now plying his trade in Christchurch, New Zealand, to play a few matches and kick a couple of balls around at the park wearing the new adidas Predator Incurzas, and then report back on how he found them. Impressed with the vibrant appearance of […]

Gareth Anscombe looked the part in his silver adidas Predator Incurzas, and certainly performed like a top class player as he led his Auckland side to a 43-30 win over Wellington in the latest round of the ITM Cup, but that may not be enough to keep him playing Super XV, as rumours circulate that […] 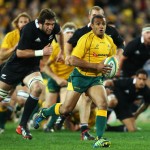 Will Genia and his adidas Predator Incurzas

Influential Wallabies’ halfback Will Genia’s international season came to a premature finish last weekend, suffering a season-ending injury in Australia’s much-needed win over the Springboks in Perth. Wearing adidas’ Predator Incurza boots, Genia was, unsurprisingly, an integral part of the Wallabies performances, donning the captain’s armband in the absence of James Horwill and David Pocock […]