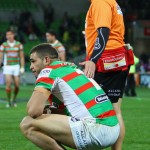 GREG INGLIS AND THE ASICS LETHAL TESTIMONIAL 2 IT INDIGENOUS.

Greg Inglis may have been on stunning form in the second half of the NRL season, but not even his ability to break open a game could combat the experience and professionalism of the Melbourne Storm in week one of the playoffs. Inglis donned Asics Lethal Testimonial 2 IT Indigenous boots for the critical clash […] 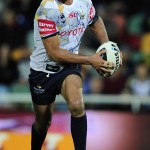 Johnathan Thurston kept his Cowboys side breathing down the necks of those sitting inside the top four as the North Queenslanders continue to look like one  of the form sides of the NRL. Throughout the season the champion halfback/stand-off has been sporting Asics Lethal Testimonial 2 IT Indigenous boots, a boot he personally inspired. While […] 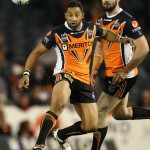 Benji Marshall, in a pair of Asics Lethal Tigreor 5 IT’s got his team’s season back on track after four win-less weeks. As one of the NRL’s premier play makers, Marshall is a unique five-eighth who uses lateral movement to break open defenses more than any six or seven in the competition. The moulded outer, […] 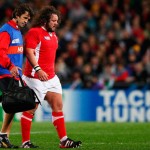 We’ll look at three stars for Wales in New Zealand who had their best ever competition coming 4th losing to Australia 16-21 in the 3/4th play-off game at the 2011 Rugby World Cup. Mike Phillips, who plays for Bayonne and has been a tower of strength and key link between the forwards and backs for […] 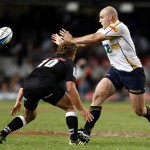 Stephen Moore the Brumbies and Wallabies Hooker has returned to the Super 15 after a spell out injured. He is one of the better front rows in Australia as he holds his own in the tight, given that he carries around the Field well and has a solid Lineout throw. He can be seen in […] 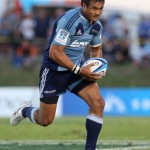 Isa Toeava the Auckland Blues and New Zealand fullback, wing or centre can be seen in the Asics Lethal DS Rugby Boots. These boots are said to be ideal for the fast men and he could be seen carrying that pace in the autumn internationals and now in the Super 15 where he is featuring […]