Saracen’s Owen Farrell provided Nike with the perfect advertisement for their Tiempo Legend IV boots, wearing the new colourway as he struck a Heineken Cup-record ten penalties to guide his side to a crucial victory over Racing Metro on the weekend. The Tiempo Legend is one of the most advanced boots on the market, with […] 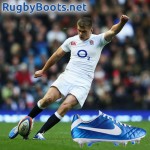 What Boots Does Owen Farrell Wear?

England’s hottest new star, fly-half Owen Farrell, shone in England’s stunning annihilation of the World Champion All Blacks on the weekend, playing with composure and maturity as he guided his side to a famous victory. Farrell’s striking looking Nike Tiempo Legend boots were on fine form as he knocked over the first 15 points of […] 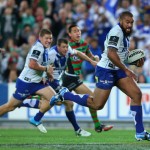 Barn-storming Bulldogs’ front-rower Frank Pritchard donned Nike’s latest Tiempo Legend IV’s for the final weeks of the NRL competition, but was unable to help his side convert their Minor Premiership in to a Grand Final win as the Melbourne Storm outclassed the Sydney-siders to grab the spoils. The new colourway, described as ‘Soar/White’ features a […] 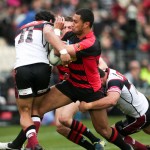 Robbie Fruean’s Nike Tiempo Legend IV boots have been seen flying down the sidelines in devastating for Canterbury in the first three rounds of the ITM Cup, as the reigning champions bounce back from an opening round loss to demolish Auckland and North Harbour and get their campaign back on track. A versatile boot which […] 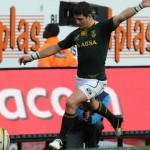 South African fly-half Morne Steyn made a noticeable change in equipment as the Championship kicked off in Cape Town on the weekend, opting to wear Nike Tiempo Legend IVs instead of the Nike Vapor VIII boots he sported during the Super XV.   Steyn had an out-of-character performance in his last outing in the Super […] 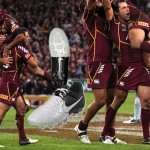 Cameron Smith wore a pair of Nike Tiempo Legend IV’s as he led Queensland to a record seventh successive series win. Considered by some to be one of the greatest players to captain the Maroons, his side still had to work incredibly hard to head off a gutsy New South Wales team. While Smith and […] 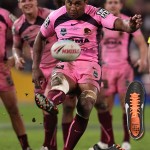 The Brisbane Broncos’ legend Petero Civoniceva played his 300th first grade match in a pair of Nike Tiempo Legend IV Elites, along with a pink playing strip as the Brisbane team showed their support of the Women In League Round. The Tiempo Legend Elite FG boot design suits a forward such as Civoniceva, who combines […] 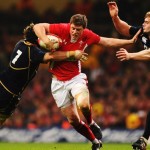 Rhys Priestland the new Welsh star Fly-half has changed his boot allegiance from Adidas to Nike. Rhys who plays his regional rugby for the Scarlets has worn Adidas Predator boots all of his career, but against Ireland at the Aviva Stadium in Dublin on the first weekend of the 2012 Six Nations he could be […] 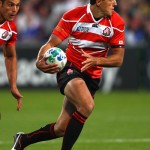 James Arlidge plays for: Nottingham and Japan and has been the star for the Japanese at the 2011 Rugby World Cup in New Zealand. Japan came with high hopes of securing an automatic place in England for the 2015 Cup, but fell short with their best result a hard fought draw 23-23 against Canada. A […]