Flanker James Haskell, an adidas R15 boot wearer, has made a real impact for England in their first two six nations games of 2011, especially in the Italy game. As well as very nearly claiming a man of the match award, he most certainly scored a power-play try. With four Italian players in front of him he burst forward from 40 metres out and apart from tripping near the line nobody laid a hand on him as he crashed over as England went on to record a superb win by 59-13 .

What Boots for the England and Stade Francais Flanker? 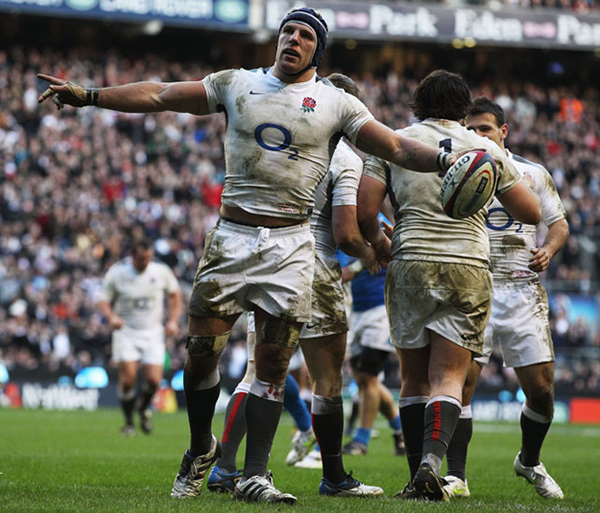 James Haskell needs a strong but comfortable boot to help him power into tackles or drive the ball up into the opposition and for this he has chosen the new adidas R15 Soft Ground Rugby Boot, you will notice in the photo that his are a special white version complementing the England rugby shirt.