Jonny Wilkinson has made an amazing comeback to be first choice fly-half for England at the Rugby World Cup in New Zealand at the ripe age of 32, pushing Toby Flood onto the bench. Jonny plays his club rugby for Toulon in France where he has become a legend and most certainly regained his flair and love for the game. Jonny is a long term wearer of the adidas range of boots and is wearing the latest version of the Predator RX SG Rugby Boot.

Jonny now wears the Adidas Predator RX SG Rugby Boots Black/Electricity Green. This is a marked step change from the Predator X XTRX that he was wearing back in 2010. That was when we first brought you the information on his boots.

The new fourth generation RX that he wears although the boot is an RX the colour changes as the boot develops further, Jonny first wore the Predator RX SG Rugby Boots Black/Electricity Green but now can be seen at the Rugby World Cup sporting the latest White/Gold/Black version. 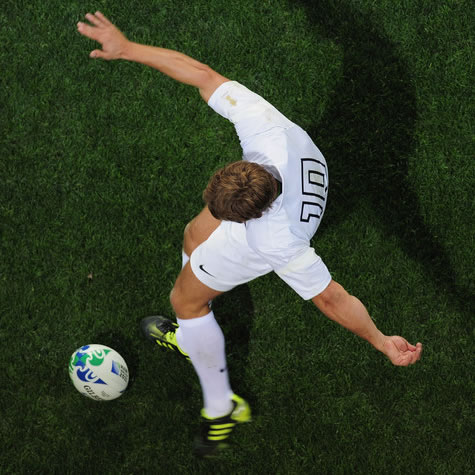 The new Rugby Predator RX Is the 4th Series of the highly popular Adidas Rugby Predator range, worn by the Likes of Dan Carter, Matt Giteau and James Hook.

Newly developed Taurus full-grain calf leather provides a natural look and great tear and abrasion resistance so that these boots last even longer. The Predator technology has also been perfected so that this soft compound provides unparalleled swerve, control, and accuracy on all ball touches. The Predator Elements have been expanded around the foot, not just on the instep as the previous model.

We asked the question back in 2010 about what boots Jonny Wilkinson wears and after investigation we were reliably informed he wore the Adidas Predator Absolute Special boots.

We know these as X XTRX Soft or Firm Ground boots and he has them specially tailored with Vamp Technology on the tongue to increase ball control.

Where to Buy PREDATOR X XTRX

The Predator range of boots can be found through most of our usual merchants so just click on the adidas predator boots page and look for your choice.