Rhys Priestland the new Welsh star Fly-half has changed his boot allegiance from Adidas to Nike. Rhys who plays his regional rugby for the Scarlets has worn Adidas Predator boots all of his career, but against Ireland at the Aviva Stadium in Dublin on the first weekend of the 2012 Six Nations he could be seen sporting a pair of black, yellow and silver Total 90 Laser IV rugby boots. Then against Scotland at the Millennium Stadium he was in black and orange Tiempo Legend rugby boots. So are there further moves afoot as last weekend the Italian skipper Sergio Parisse swapped, from Nike to Adidas.

What boots does Rhys Priestland wear?

We are not sure which of the Nike Boots Rhys will end up wearing, or if he will alternate between the T90 and Tiempo. One thing seems certain he will be wearing Nike boots. He started in the T90 Laser IV and then wore the Tiempo Legend. 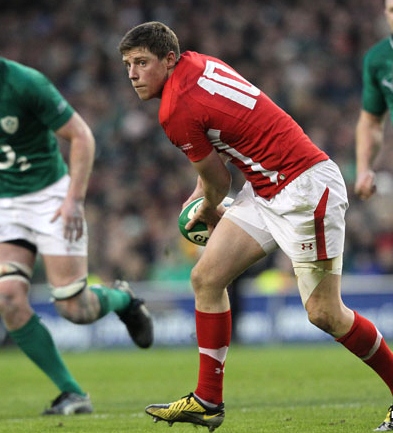 T90 Boots are favoured by Toby Flood of Leicester and England and feature a specially designed upper, with a side lacing system. This combined with the fact that they have alternate eyelet holes gives the boot a cleaner kicking surface.

Tiempo Legend rugby boots are becoming more and more popular with professional players. They have a kangaroo leather upper for superior fit and lightweight TPU outsole so that players can maximise their speed. Owen Farrell and Aurelien Rougerie can be seen wearing the white & siren red colourway.