The start of any season is always an opportunity to get a look an new and/or unusual boots, and we were surprised to see Rabbitohs winger Nathan Merritt wearing a pair of Umbro Geometra IIs as his side got their 2013 NRL campaign off to a winning start on Thursday night.

We’d spotted Merritt’s team-mate, Dylan Farrell, wearing a pair of Neon Yellow Umbros in the Charity Shield clash against the Dragons a fortnight ago, but weren’t necessarily expecting to see any more of the companies’ boots, traditionally associated with Soccer, on the Rugby League fields.

For years Umbro were a major player in world football, enjoying a 50+ year relationship as the supplier of England’s national team’s kit and listing any number of prominent sides amongst their clients. But when Nike purchased the company that rich history was soon forgotten, with the Oregon-based organisation stripping their new acquisition of all its major contracts before on-selling it. 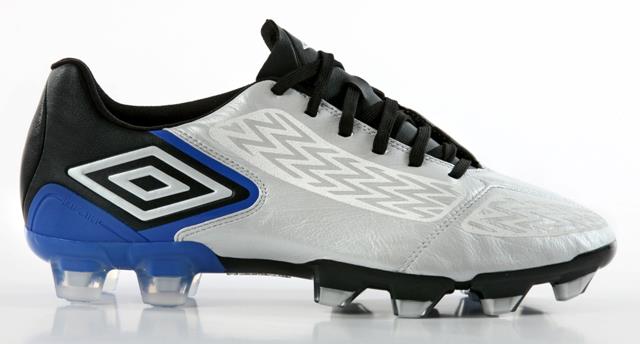 Without their standing in football it seems Umbro are now investigating other markets, and it will be interesting to see whether they are able to establish themselves in the NRL this season. For the record Merritt dotted down for his side as the Russell Crowe-owned team comfortably accounted for traditional rivals the Roosters, 28-10.