Following the recent release of the FF80, the latest addition to adidas’ range of rugby specific boots, we thought it was a good time to have a look at what boots the World Champion All Blacks, the marquee side in adidas’ stable of International teams, are wearing at the moment. 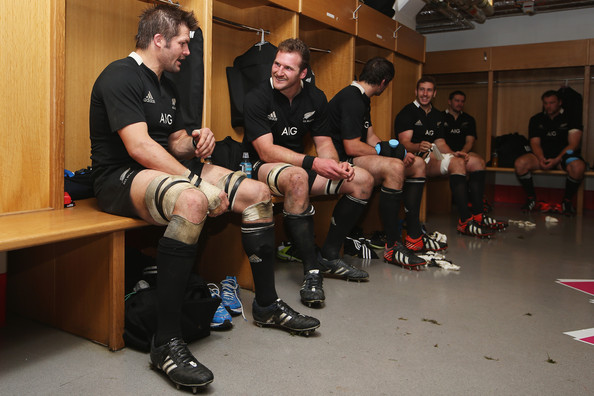 All the props and locks, and most of the hookers, are wearing the Kakari. A big sturdy boot offering plenty of support the Kakari was designed specifically for tight-forwards, and boasts 8-studs for optimal grip.

The R15 has been the boot of choice for the likes of Richie McCaw and Kieran Read of late, but they’ll now likely make way for the new FF80, developed to cater to the unuique requirements of loose forwards. Balancing a lightweight finish with robust construction the FF80 features a 5th stud on the front of the boot, strategically positioned to enhance a loose forwards traction and grip when pushing in scrums, driving in mauls and accelertaing to the breakdown.

Designed and developed with significant input from the likes of Dan Carter, the Predator Incurza is the boot of choice for the All Black halfbacks and first fives. With numerous features and two kicking zones, the ‘sweet spot’ and the ‘precision zone’ the Incurza enhances a kickers ability to connect with the ball, generate power and ensure accuracy.

The RS7 is the rugby version of adidas’ popular football boot, the F50. Adapted to be more hard wearing than the F50 this lightweight ‘speed-boot’ is a favourite with the outside backs. Although version III of the RS7 was recently released the RS7 II is still regularly seen as well.