Zac Guildford is one of the up and coming stars of the Crusaders and New Zealand, he could be seen at Twickenham Stadium against the Sharks in the Super 15 game scoring a scintillating try in his sharp Adidas adizero F50 TRX rugby boots.

What Boots Does Zac Guildford Wear?

Zac Guildford of Canterbury Crusaders and New Zealand can be seen in the adidas F50 adizero TRX FG Synthetic Rugby Boots – Warning/Black/White. These boots are perhaps better known with footballers with the likes of Nani of Manchester United and Portugal and David Villa of Barcelona and Spain sporting them. The boots are however said to be incredibly lightweight, perfect for players with lightening quick speed and feature a Sprint Frame sole to provide incredible stability and support when running at the opposition along with Traxion moulded studs, designed for use on firm ground, providing superior grip and durability. This makes them an ideal boot for wings or fullbacks. 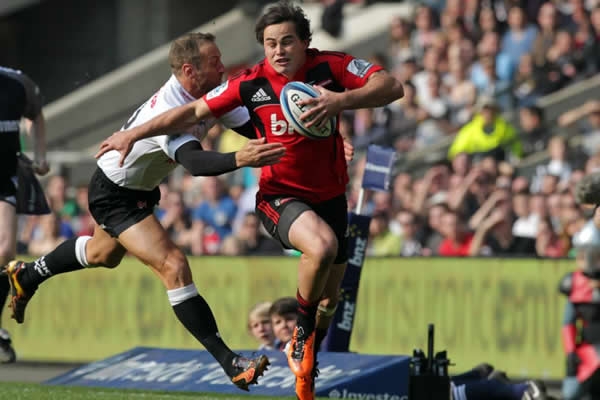